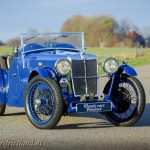 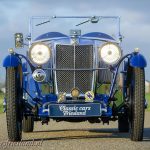 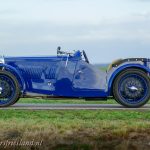 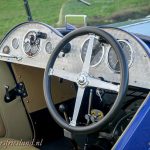 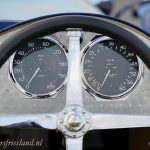 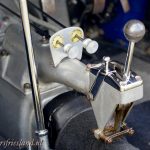 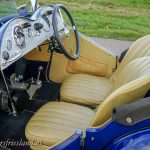 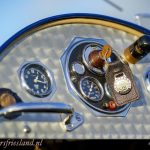 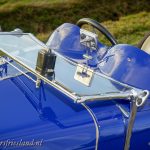 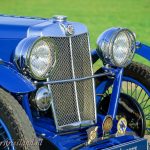 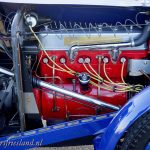 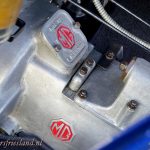 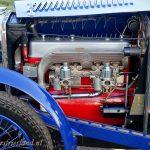 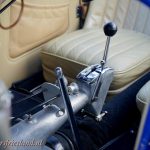 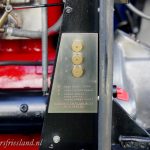 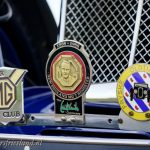 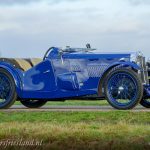 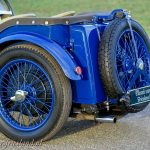 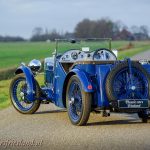 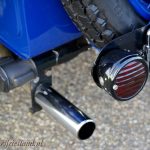 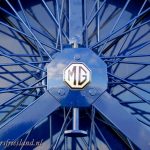 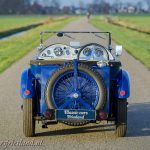 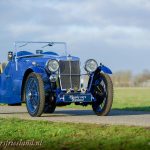 MG F-type 12/70 Magna, Year of production 1932. Chassis number F142X. Colour blue combined with a beige leather interior and black carpet. Black mohair soft-top and tonneau cover. The MG F-type Magna is a rare MG model which was produced in the years 1931 and 1932. From all types (F1, F2 and F3) a total of 1250 cars were built. The MG Magna and sister-model Magnette were introduced aside the smaller ‘Midget’ models. The Magna featured a longer ‘underslung’ chassis and a powerful 38 bhp six cylinder in-line engine fitted with twin carburettors. The F2 and F3 models featured larger 12-inch drum brakes on all wheels. The F2 featured a ‘Midget-style’ two-seater bodywork, the F3 was available with other bodywork styles. The F-type Magna and its successor, the L-type Magna, formed the base for may MG racing successes with six-cylinder cars.
The presented magnificent MG F-type F Magna was sold new in the year 1932 in Ipswich, United-Kingdom. The automobile was extensively and ‘body-off’ restored and overhauled in the year 1988. This MG F-type Magna is in superb top condition; concours!

History: The MG has lived with the first owner from 1932 until 1939. Then the MG started a trip around the world! In 1939 the car was shipped to Malaga (Spain), and about twenty years later, the MG found a new home in Singapore. From the far-East the MG was shipped to Canada. In the year 1988 the car came home in the United-Kingdom where it was fully restored and overhauled to perfection. In 1996 the MG found a new owner in the Netherlands and the car was road registered there in 1997. The only Dutch owner has cherished this MG Magna for 22 years. This is a very rare, superbly driving, six-cylinder MG in TOP condition!
Price on request.